Over 12-inches of Hail in Aurora, Colorado 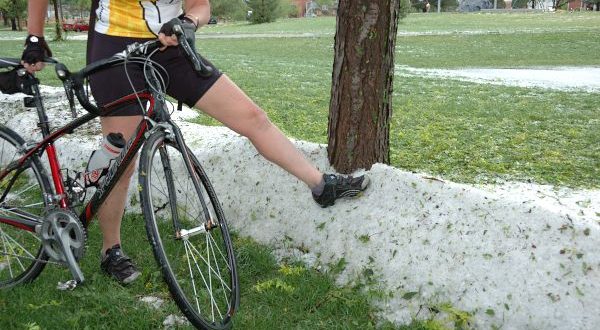 Shortly after 4:00 p.m. MDT today, a severe storm developed over Aurora, Colorado. Witnesses on the ground in northwest Aurora spotted dark clouds forming, including one person who reported seeing spiraling clouds hinting at a possible tornado. In the background, tornado sirens wailed. To the east, a funnel cloud was photographed over Anschutz Medical Campus.[1] 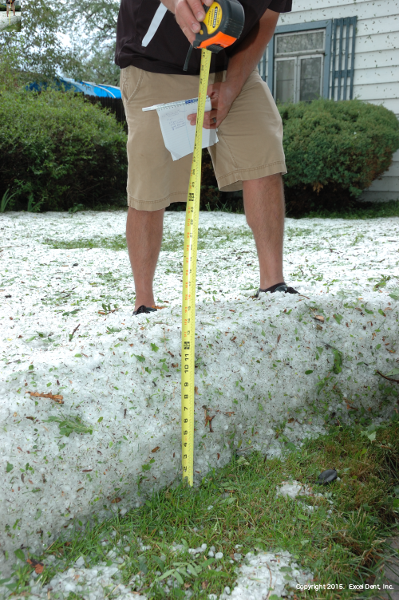 By 4:30 p.m., severe rain was reported in the Montview area, including pebble-sized hail. The rain and hail continued for over an hour. Severe flooding resulted, with reports of water over 2 feet deep near 6th and Lowell.[2]

Just south of Montview, near 17th and Dayton Street, a hail swath hit the neighborhood. As seen in the picture, one homeowner had over 12 inches of hail in her front yard. According to her son, “I am a native Coloradoan, and have never seen this much hail accumulate in such a short period of time.” He added, “The hail came in two waves, and lasted for about an hour.”

In the surrounding area, houses and front lawns were covered in a blanket of hail stones and puréed leaves. Streets were also covered with leaves and branches.

One spotter in downtown Denver reported a stranded vehicle with water up to the windows. The National Weather Service issued a flood warning for the South Platte river at Henderson until Thursday afternoon. Reports of widespread flooding across the Denver metro were being reported, including Cherry Creek being over its banks.[2]

Hail stones up to 1.50 inches were reported across the Denver metro, and mainly to the south and south-east.[2]

Could not authenticate you.